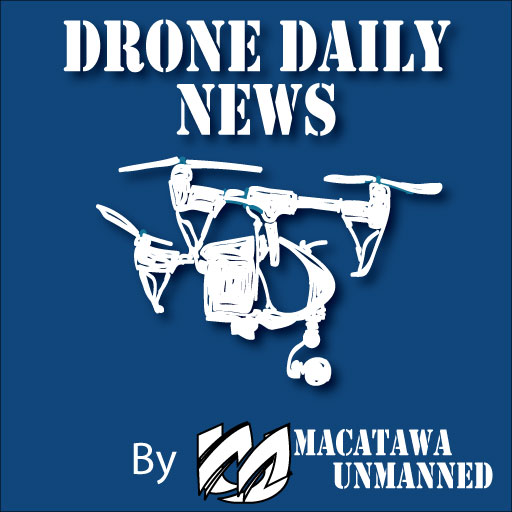 JULY 1: Here is our top story. A new patent submitted by Amazon is now public. The application appears to have a jellyfish-like drone design. It is said to support their warehouses. The patent was filed almost three years ago and has a buoyant airbag several propellers for lift and a retention feature. https://gizmodo.com/bizarre-amazon-patent-application-suggests-jellyfish-li-1826955275

JULY 2: Our friends at Kansas State Polytechnic’s Applied Aviation Research Center has become the first university to receive a waiver from the FAA for a UAS beyond the line of sight. Travis Balthazor, K-State Polytechnic’s UAS flight operations manager states “these operations and research will provide valuable insight into regulation and safety measures for UAS in the national airspace”. http://www.auvsi.org/industry-news/kansas-state-polytechnic-becomes-first-university-receive-waiver-fly-uas-blos

JULY 3: The Los Alamos National Laboratory is developing a Counter-UAS system that detects and can bring down drones. This system is being developed in partnership with the National Nuclear Security Administration and the FAA. The Los Alamos Lab’s Security Director Michael Lansing stated that “the laboratory is authorized by federal law to track, intercept, disrupt, control and even take down an unauthorized drone flying over the laboratory property.”

JULY 4: Facebook announced in its blog that it is no longer looking at doing its solar-powered drone called Aquila. The blog reads “As we’ve worked on these efforts, it’s been exciting to see leading companies in the aerospace industry start investing in this technology…given these developments, we’ve decided not to design or build our own aircraft any longer, and to close our facility in Bridgewater” which is in the United Kingdom. T

JULY 5: The Air Force expands the Reaper’s mission after the announcement to retire the Predator. The MQ-9 Reaper will have new weapons with the universal weapons interface. This will allow the aircraft to swap out bombs including Hellfire missiles, 500 pound laser guided bombs and JDAMs.

JULY 6: Colombia is utilizing sUAS to spray dangerous herbicide glyphosate on coca plants which are used to create cocaine. The drones look like they are DJI’s AGRAS MG-1 sprayers. Colombia is one of the world’s leaders in manufacturing cocaine. http://rssnews.co/2018/06/27/drones-to-battle-colombian-cocaine-crop/

JULY 7: California based Dropcopter is utilizing their sUAS to help autonomously pollinate apple orchards in Lafayeete, New York. Adam Fine, co-founder of the company stated that “we know that agriculture is one of the most significant points of entry for the commercial use of drones, and it holds the most opportunity to impact the industry and economy”. Pollination is essential to many crops worldwide and leveraging sUAS technology help bees and mother nature could help increase yields. http://www.uasmagazine.com/articles/1875/dropcoter-drone-helps-bees-pollinate-350-000-apple-trees