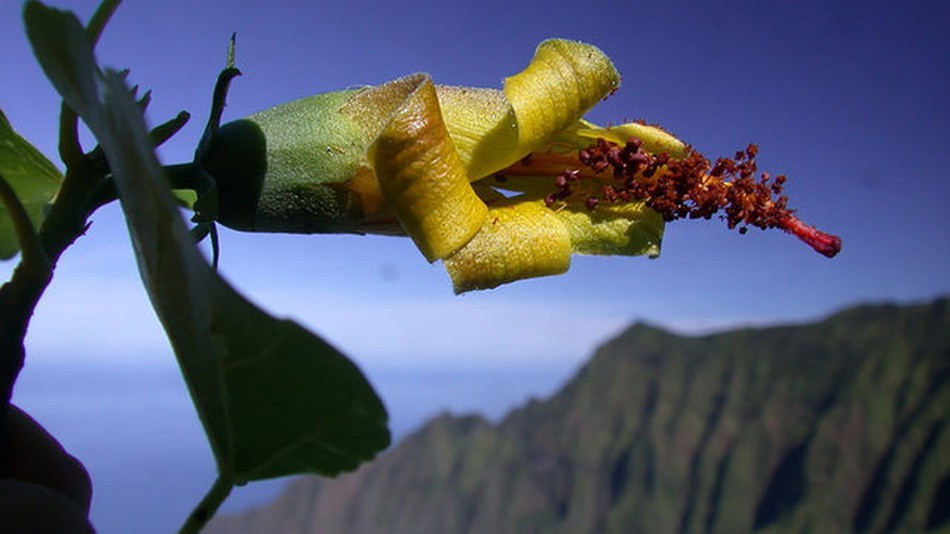 Wood’s hau kuahiwi also known as the Hibiscadelphus woodii is a small tree flower plant. It can get to 16 feet tall, but in 2016 was thought to be extinct after a boulder crushed three of the four plants discovered in 1991. Then in 2011, the other known plant was found dead.

Researches tried to revive the plant utilizing pollen found, but that didn’t work, even a cross-pollination concept failed.

Inter drone technology. The National Tropical Botanical Garden on Kauai flew a drone near cliffs of an area where humans and goats cannot get to and identified three more of these plants on April 16, 2019. Ben Nyberg, the drone specialist for the NTBG, stated: “Drones are unlocking a treasure trove of unexplored cliff habitat, and while this may be the first discovery of its kind, I am sure it won’t be the last.”